VMWare has cooperated with Webank on the FATE project, launching KubeFATE, the world’s first federated learning CloudNative deploy solution packaged in the container

VMWare has cooperated with Webank on the FATE project, launching KubeFATE, the world’s first federated learning CloudNative deploy solution packaged in the container

Abstract: With the introduction of user’s data security and privacy protection policies, the enterprises are faced with the problem of data security and user privacy when they providing better services to users. Federated learning can help companies continue better output of innovative products and improvement of service quality under the premise of satisfying the data security and regulations. As the world’s first industrial-grade open-source framework, FATE supports a federated learning architecturesystem and provides the great performance federated learning mechanism for machine learning, deep learning, and transfer learning. FATE itself also supports multi-party security computation protocols, such as homomorphic encryption, secret sharing, hash algorithm, with a friendly cross-domain interactive information management solution.

On October 31st, FATE v1.1 has been released. In this version, FATE has released the KubeFATE project with the team from CloudNative lab, VMware China R&D open innovation center. FATE now can be deployed using Docker Compose or Kubernetes (Helm Charts) through encapsulating all components of FATE in containers. Applications are developed in a DevOps fashion, and the advantages of deploying applications based on container are quite obvious. Applications can not only run on the platforms that supports containers without distinction but also be flexibly scaled at multi-instance level on demand. Now the project has been released on GitHub: https://github.com/FederatedAI/KubeFATE

In addition, FATE v1.1 has upgraded and improved a lot in the algorithm and functions: FATE v1.1 not only provide a general algorithm framework for homogeneous federated learning and add DNN, Regression algorithm, but also it began to support multi-host heterogeneous federated modeling and add spark as computing engine, supporting FATEServing to service governance and secureboost to forecast online. Version 1.1 has improved again the federated learning modeling experience with richer functions and the comprehensive algorithm. It helps more companies and users to join into the deep research of FATE technology and application. 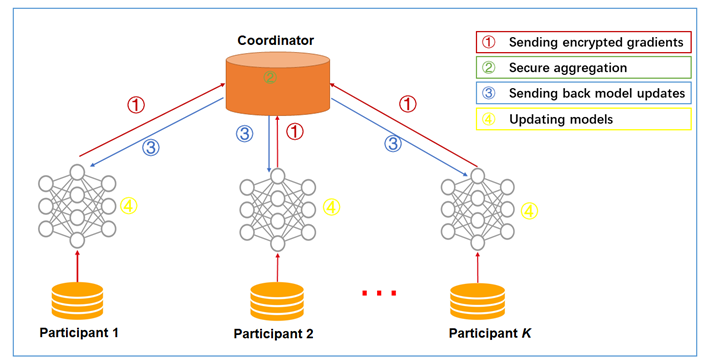 As for algorithm, FATE has supported the add the Homogeneous Deep Neural Network, Heterogeneous Linear Regression and Heterogeneous Poisson Regression, which enriches more modeling scenarios and improves the practicability of FATE. It is worth mentioning that it’s very useful to use Linear Regression in the scenario of predicting a continuous label. Poisson Regression can help developers better to forecast the counts and frequency, such as the frequency of purchasing Insurance and the prediction of the accidents’ frequency.

At last, FATE also tries to connect Spark. FATE v1.1 supports the developers who already have had a Spark cluster to reuse the existing resource. In this version, you can choose Spark as a computing engine to configure flexibly according to your actual situation. Move to GitHub to learn more information: https://github.com/FederatedAI/FATE/tree/master/federatedml

FATEBorad is a visualization tool for federated learning modeling, the entire process for end-users to visualize and measure the training models, helping users to explore and understand models more easily and efficiently. In this new version, the job workflow presentation is further optimized and support the input and output port separation of component data and models, providing a visual model of data and model transmission;

Besides, now FATEBorad has supported the visualization of model training evaluation results to follow and track the training process and result in real-time. It also provides the visual tree models of Heterogeneous Secureboost, which is not only clear to monitor every decision trees of models but also check the tree model of different labels.

When the model is loaded successfully, it will save in the local folder. The new version support automatically to restore the loaded model when service restarts.

Besides, the zookeeper is the registration center in version 1.1, providing the limited function of service governance. It enables to dynamically registry grpc interface and automatically switches the flow when some machines are down.

FATE v1.1 provides the packaged Docker container image to reduce the threshold of using FATE, avoiding the developers to lose at the beginning. The companies’ developers can realize that the ability of off-line deploying FATE has been improved. By the Harbor open-source container image warehouse, it can automatically sync the online image for the operation and maintenance of decompression. 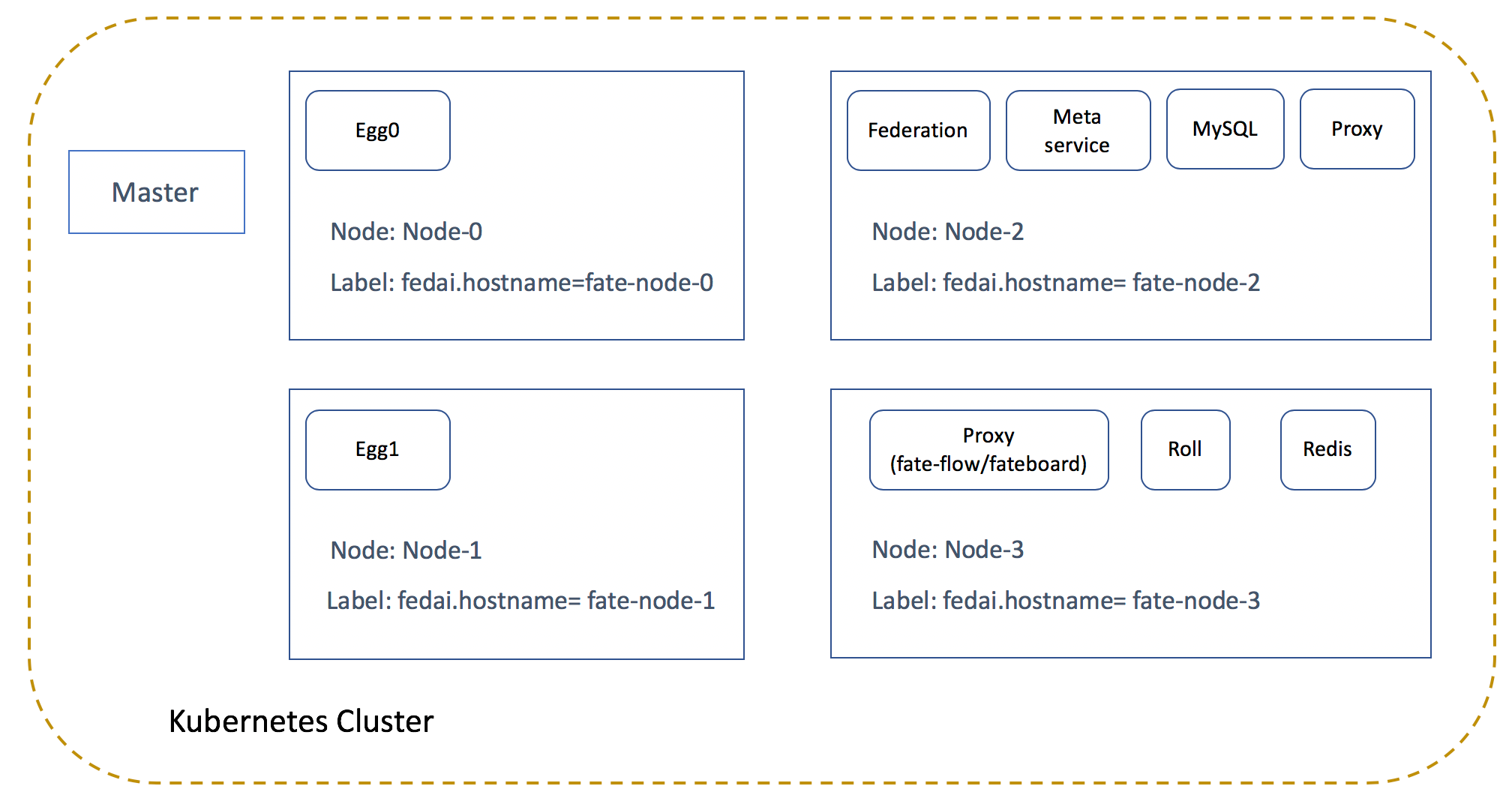 Harbor is an open-source image warehouse, providing access control, remote synchronization and security vulnerability scanning of the image. Most of the Chinese users use Harbor to manage the image. Harbor is integrated into the KubeFATE project to provide the management ability of the local image. It doesn’t rely on Docker Hub and other cloud services, which greatly increased the efficiency and security. In addition, Harbor can copy the remote image, which can be copied between Public Cloud or data center and automatically recovered from failures, thus simplifying the operation and maintenance complexity.

Overall, FATE v1.1 added multiple federated learning algorithms and functional modules, bringing richer and powerful features for federated learning modeling. Meanwhile, it launched the KubeFATE in conjunction With VMware, simplifying the use thresholed for FATE, which is more friendly for beginners. Anyone interested in federated learning is welcome to contribute code or documents and submit issues or Pull Requests. . Please refer to the FATE project contribution guide for details: https://fate.fedai.org/contribute/